Ever feel like there are limitless versions of yourself in different versions of life? What about the pull of light vs dark? We all have dark sides to ourselves, as well as a light side, and it is a never ending battle of which side will win.

My blog is all about that. I have a dark side and a light side, and I don’t have just 1 side of myself I like to capture. I love the idea of being limitless, especially in second life.

A very special person in my life, has created a beautiful world that he has been nurturing since he was younger. He’s written a story of another earth (pun intended) that’s part of the multiverse, where limitless numbers of Earths exist, and all stories end up with the fight against light vs dark. In Durgy’s story, Another Earth: Prophecy, on this “one particular Earth nearly all of the cosmic tricks and cards have been played leading to a world where mythical beings such as elves, orcs, trolls, dragons and more have existed alongside humanity since the dawn of time. Magic and cybernetics collide with Faith in the Gods and high tech weaponry.” (Duane Ellefson – Another Earth: Prophecy, 2020).

He’s created a beautiful build in Secondlife to replicate the version of Old Towne in his book, so I took to the streets to show it off and also show off a few items from an event I am blogging for The Darkness Chamber Fair – Gates to Hell. This event in Second life is running from November 07th to November 28th 2020, so don’t forget to get your goodies! Click here for the limo ♥

Before I get to my blog post, Durgy is getting published! I am so freaking excited for him, and I am very honored that he has invited me into his beautiful brain and Another World. To get more information about Another World – Prophecy, please click the graphic below and it will take you to the amazon page where you can order your own copy! This is the first installment of his series, so if you want to support his project, which I KNOW you will, you can support him on Patreon and he posts character bios, updates on the book, and even also information on all races in his world.

Check it out here, on Patreon: Fat Viking Studios 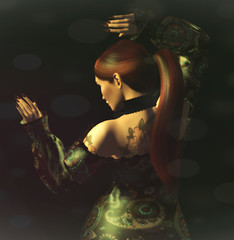